Brianne MacNamara is currently Head of Instruction at Building 21 a non selective competency based high school in the School District of Philadelphia.  Prior to this role, MacNamara created and implemented the school’s first Foundations course that was designed to help students transition to high school and begin to plan for their future. This course involved students creating projects around their future vision and also working through self-paced learning modules. Brianne also served as the English Department Head and New Teacher Mentor at Building 21. Before leading and instructing at Building 21, Brianne spent over a decade teaching in several different urban public and charter school settings.

Brianne is committed to bringing  deeper learning to underprivileged students.  She has spent her entire career mentoring, teaching,coaching,  and advocating for students who are traditionally marginalized in public education. During her career she has been a running leader with Students Run Philly, started a chapter of Girls Learn International, and coached cross-country and track.  Additionally, she has volunteered at a Liberian Refugee camp in Ghana where she helped to create the camp’s first free summer school program.

MacNamara received her undergraduate degree from Kutztown University and her Master’s degree in Educational Leadership from Lehigh University.  When she is not working, she enjoys spending time with her husband and dog, outdoor adventures, cooking, and traveling. 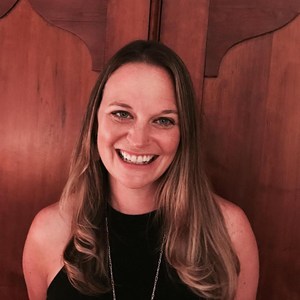