Ben Daley is the chief academic officer for High Tech High. He acts as an advisor to fifteen high school students and teaches and advises students in the HTH Graduate School of Education, where he is the Director of Clinical Sites. Ben joined High Tech High to teach physics as a founding faculty member in fall 2000. He was the second director of High Tech High Original Recipe.

A New Hampshire native, Ben wisely moved to San Diego, CA at the first opportunity. As a student at Haverford College, Ben majored in physics and was credentialed in secondary physics and math. After graduation, he traveled to the Philippines and taught science and math at an international school in Manila. Upon his return to the U.S., he taught physics and AP physics at the Madeira School, a girls boarding school in suburban Washington, D.C. He then moved to California to coach basketball and to teach physics at Pomona and Pitzer Colleges. He earned an M.A. in science education at University of California, Santa Barbara and is currently pursuing a doctorate in educational leadership at University of California, San Diego. He is a member of the fifth class of the Aspen-Pahara Education Fellows and a Fellow of the Aspen Global Leadership Network. Ben is the proud parent of a boy (Coleman) and a girl (Greer). 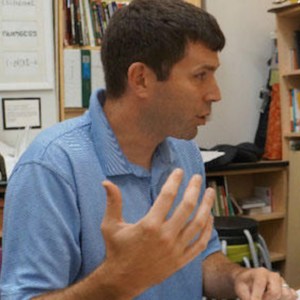